NewFronts 2016: The Rise of Virtual Reality

May 04 Posted by Christian Manie in Blog Articles 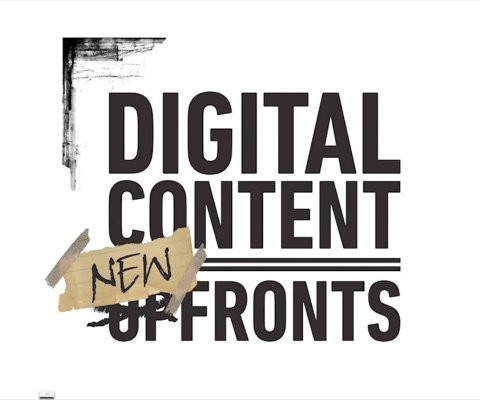 The 2016 U.S. IAB Digital Content NewFronts kicked off in New York City Monday, bringing for the fourth year an international lineup of top digital producers to showcase their programming for advertisers and media buyers over the event’s 10 days. It has become a definite must for publishers, brands and agencies investing in digital video.

A new U.S. study, “2016 IAB Video Ad Spend Study” reporting the results of an online survey of 194 marketers and 166 agencies, notes that ad spending on original digital video programming in the U.S. has increased 114% since 2014, and that marketers and advertisers are spending on average more than $10 million annually on digital video (an 85% increase from the average spend two years ago). One of the most telling tidbits from the study is that 72 percent said they will move funds out of TV to increase their digital video spend, which bodes well for the future of video advertising.

2016 will see around 40 digital publishers, video platforms and media companies will offer presentations and interactive experiences. The NewFronts is generally recognised as the place to announce new technologies, channels and platforms.

Kicking off the event was the New York Times, who announced six completely new series. While all of that is extremely interesting and promises to be great content, it was the Times’ focus on virtual reality content and the opportunities for VR advertising that really commands attention.

Last month the Times published "The Click Effect," a VR film about diving with whales, as an accompaniment to an opinion piece about free-diving researchers. (And if you have VR headgear, the article provides Android and iPhone links to download the NYT VR app, and provides the option to text the links to your phone at the bottom of the article.) According to a November 2015 Advertising Age article, the NYTVR app was downloaded more times in the first four days than any Times app before it.

The Times distributed around 1 million Google Cardboard VR headsets, delivered with the daily paper, giving the average person without high-end headgear a way to engage with the VR app (which obviously helped create a buzz around it and drive downloads and use). NYTVR has a number of VR offerings, and while it’s mostly editorial content, there are some VR advertising units in the mix. “Nature Is Inspiring Our Industrial Future” is a native piece paid for by GE with a VR movie made by the Times’ T-Brand Studios.

The Times isn’t alone. Hulu and Crackle are both in the game, as are a number of other companies. Crackle (owned by Sony) announced in April that it will launch a virtual-reality “theatre” experience and will offer sponsorship opportunities to advertisers, allowing them to join the experience with ads, logos and their own 360-degree commercials. Netflix is also on the bandwagon, but has no plans to launch original VR content any time soon. Mostly, these apps allow you to watch TV in a virtual environment: Essentially, you are using a really small screen to pretend you have a really big screen in a much better house. Hulu for its part is teaming up with Live Nation Entertainment Inc. to offer concerts via its VR app, which, essentially, is an awesome idea.

VirtualSky launched last year, claiming to be the first platform of its kind, offering VR ad placement into VR apps and games across a host of platforms, including Android and Apple phones, Oculus, XBox and PlayStation. According to a recent Business Insider article the company is charging a CPM close to but lower than broadcast TV pricing.They also will offer data on completed views and whether or not the viewers visited the advertiser’s website (offering a VR browser to that end) or download their app. VirtualSky also wants to add a “buy this” capability in the future.

At the NewFronts, Meredith Kopit Levien, EVP and chief revenue officer at The New York Times, discussed the companies T-Brand Studios, and also announced the launch of Story[X] that will work to develop new tools like augmented reality for news and advertising.

Whilst The New York Times has taken what appears to be the lead in the industry in developing and integrating VR content for news and advertising, it is clear that other companies are not far behind. It is foreseeable that we will have, in the not too distant future, viewing experiences that have us right in the middle of the action and require a degree of interaction similar to real life. Concerts and sporting events are the most obvious contenders for leading the push, but everything else isn’t far behind.

And as the VR story develops, we can already see the VR advertising story developing along with it. It is only a matter of time before we need to start addressing what is acceptable, fair and obvious in this space. And if we can’t avoid the same mistakes we made with display advertising we eventually will be forced to ask, what, exactly might a virtual-reality ad blocker look like, and how do you combat that?